About 200 guests attended the event, among them representatives of the ASI, the European Space Agency (ESA), the European Commission, national institutions, industry and academy.

Piero Benvenuti, Special Commissioner of the Italian Space Agency, recognised in his introduction how the AIPAS workshop represents an important opportunity in a crucial moment to discuss the New Space Economy and also the developing national position about the ESA Ministerial Council which will be held next November.

«The reform of Italian space governance that took effect on February 25th, 2018», as Elisabetta Trenta, Minister of Defence, underlined in her speech, «[…] gives a boost to the national space economy, strengthening it in the European framework, and represents a great opportunity for a better connection between politics, industry and research». «The New Space», the Minister added, «is replacing the traditional model. In this process, Italy must be at the forefront with a series of both public and private initiatives».

«The workshop aim», as Luca Rossettini, AIPAS President and D-Orbit CEO, «is to connect the main actors of the space sector, namely Italian and European institutions, traditional market industry and representatives of the rising new space market, with the aim to adjust the vision of the entire sector toward an Italian growth even beyond the national borders».

This event was also a good occasion to celebrate the 20th birthday of the Association in a proper location: the ASI headquarters where, thanks to the partnership in activities aimed to strengthen the national space sector, AIPAS participates at a consultation permanent table with the other two trade associations.

As recollected by Giovanni Sylos Labini, AIPAS Past President and Planetek CEO, during his inspirational talk on AIPAS first 20 years, «since its birth, AIPAS is an actor particularly devoted to innovation and development issues, offering also an important platform for good cooperation between SMEs and large enterprises».

Thanks to its members’ diversity and competitiveness, AIPAS has expertises in all the different areas of the space sector, such as Earth Observation, Satellite Navigation, Telecommunications, Space Transports, Science and Exploration, and Integrated Applications. 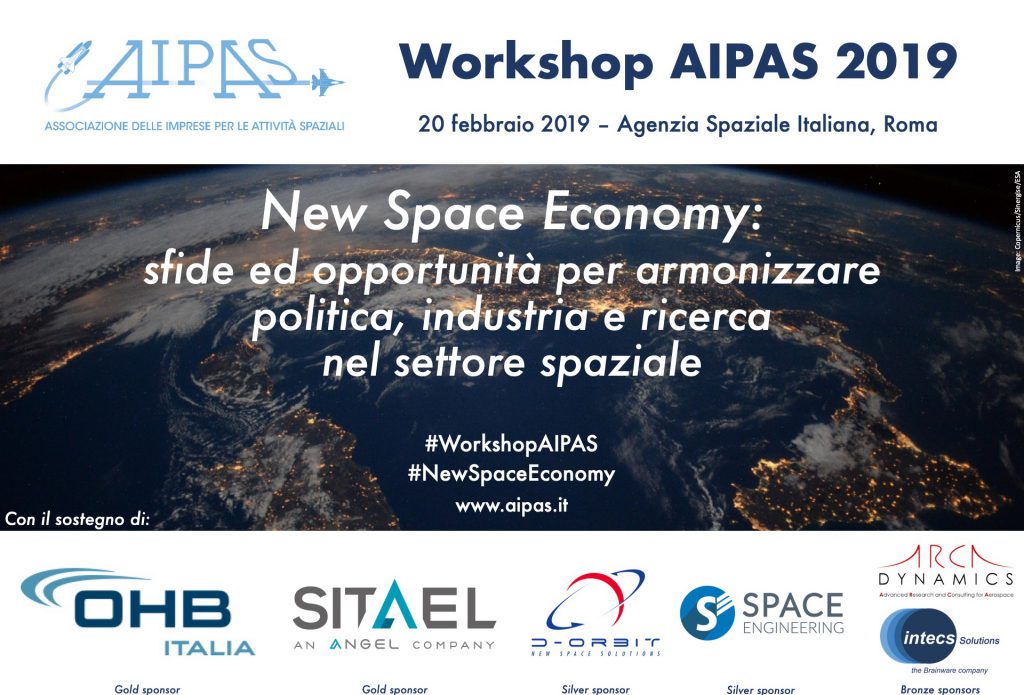 AIPAS is cofounder and Operational Secretariat of